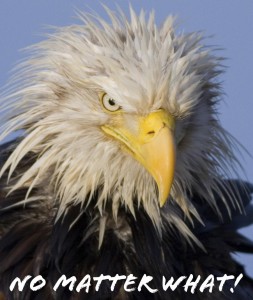 I’m Jeff Pearson,  “…a slave of God and an apostle of Jesus Christ, to build up the faith of God’s elect and their knowledge of the truth that leads to godliness, in the hope of eternal life that God, who cannot lie, promised before time began.  In His own time He has revealed His message in the preaching/proclamation that I was entrusted with by the command of God our Savior”  (Titus 1:1-3  HCSB).

There you have it.  God’s Word says it all… Like Paul, starting off his pastoral letter to Titus, I invite you into this blog as one saved-sinner, (turned sent-slave), to another.   Or, as D.T. Niles once said:  “I’m just one beggar helping other beggars find bread” – Amen!

What makes me think I could or should do this?

Answer:  Acts 1:8,  2 Peter 1:3,  &  Ephesians 2:8-10  just for starters…  In addition to those defining directives (that apply to EVERY true, biblical, Christian), my personal calling includes our Lord’s mandate to minister to His bride, the Church – in part, by dedicating my life to scripturally-defining & spiritually-defending her  (Jude 3-5).

What about the personal stuff?

Fair enough.  My life experiences include a heritage & history of brokenness…  By God’s grace I survived a troubled & tragic childhood.  I was raised “in the world” and quickly became “of the world.”  To that end, my early ideals were anything but idealistic.  I was a shallow, self-absorbed, young man whose indoctrinated idea of success was living the spiritual nightmare better known as the American dream.

Praise God, He captured me with His grace when I was 14.  Even so, I continued to live an undisciplined, undiscipled life for many years (this may be why I have such an empathetic affinity for David, Peter, and the Great Commission command to “make disciples” – Matthew 28:18-20).

Continuing on, my adult life has included:  overseas active duty as a Military Policeman in the U.S. Army, a Bachelors of Science degree in Business Administration from Nichols College, 10+ years in corporate (industrial) sales and marketing, 89 credits of a 94 credit Masters of Divinity (M-Div) degree from The Southern Baptist Theological Seminary, 9+ years of church planting, missionary service & lead-pastoring (www.HISbridge.com), 20+ years of parenting 4 amazing children and 23+ years of privilege, passion, & marriage to my greatest inspiration, closest friend, and a true to form, real life, Proverbs 31 woman – my extraordinary wife.

I pray you’ve learned enough by looking thru this little Pearson-portal to give you a sense of peace in knowing that you’ll find biblical truth, refining love, and personal application here.  For my part, I will do my best to help you see clearly through today’s faithless fog and compromising clouds, in large part, by contrasting the clarion call & commands of Scripture against the cultural cadences of complacency & consumerism in the church.

I pray you will think of “That ain’t Church” as Ezekiel’s wall, a place and a platform from upon which God’s prophetic trumpet will sound…

With that said, I leave you with Ezekiel 33:1-10 to contemplate…

The word of the LORD came to me: “Son of man, speak to your people and tell them: Suppose I bring the sword against a land, and the people of that land select a man from among them, appointing him as their watchman, and he sees the sword coming against the land and blows his trumpet to warn the people. Then, if anyone hears the sound of the trumpet but ignores the warning, and the sword comes and takes him away, his blood will be on his own head. Since he heard the sound of the trumpet but ignored the warning, his blood is on his own hands. If he had taken warning, he would have saved his life. However, if the watchman sees the sword coming but doesn’t blow the trumpet, so that the people aren’t warned, and the sword comes and takes away their lives, then they have been taken away because of their iniquity, but I will hold the watchman accountable for their blood.

“As for you, son of man, I have made you a watchman for the house of Israel.  When you hear a word from My mouth, give them a warning from Me. If I say to the wicked, ‘Wicked one, you will surely die,’ but you do not speak out to warn him about his way, that wicked person will die for his iniquity, yet I will hold you responsible for his blood. 9But if you warn a wicked person to turn from his way and he doesn’t turn from it, he will die for his iniquity, but you will have saved your life.

“Now as for you, son of man, say to the house of Israel: You have said this, ‘Our transgressions and our sins are heavy on us, and we are wasting away because of them!   How then can we survive?’

Read on friend…  and come back often  🙂